Yeah…I know, it’s sad…everyone’s most dreaded month is coming back. It’s back to school season! For those of you who have already finished school, your routines and lifestyle are probably not gonna change so drastically, but for those of you like me who are busy preparing our closets, school supplies and rearranging our schedules, I decided to write this blog from the experience of have being in high school for two years. Now I’m officially a junior (third year)! You may have, or have not already began hustling back those mountainous loads of homework – which most students tend to fall into the habit of procrastinating on. Thankfully, my school starts Sept 2 and only lasts an hour and a half of the first day, so it’ll be like a transition period from vacation to school. Now here are my suggested tips on going to high school! END_OF_DOCUMENT_TOKEN_TO_BE_REPLACED

The Fault in Our Stars. Ring a bell? I’m sure most of you have already either read the book, or seen the movie or both. I hadn’t been able to get ahold of the book before the movie came out, so I ended up watching the movie first. Oh well, I’m reading the book right now. Anways, for those of you who have neither read the book nor watched the movie, the story is simply a tragic love story between two teens who were diagnosed with different types of cancer who are fans of Amerian literature and meet at a youth support group – a group where youth with cancer get together to “support” each other. As I watched the movie, it revealed to me a different perspective of life, a realistic version of a fairy tale where the characters aren’t perfect, but love was still a result. END_OF_DOCUMENT_TOKEN_TO_BE_REPLACED

Wow! I had a hella good time yesterday! My mom was really proud of me and my brother’s achievements this summer; our ability to cook, my brother’s fencing promotions and the fact that we both passed ultra 9 in swimming. To reward us, she booked us for a tree trekking adventure out in Scarborough. We got to go on an adventure in a tree-top course filled with ropes, ladders, zig-zaging logs and ZIPLINING!!! END_OF_DOCUMENT_TOKEN_TO_BE_REPLACED

The week of stress is almost over! For the past couple of days, I’ve been volunteering at summer day camp, and it is extremely tiring! The main reason is because the theme of this week is art and I’ve had to make frequent trips up and down two flights of stairs to refill and empty water for painting. It may not sound like a lot, but once you do that nearly 50 times…it really does kill your leg muscles. I guess the good side to this is that I’ve got my daily workout of the day, especially for my legs. Besides that, I also had to get used to waking up at 6:30am each day to make it there on time at 7:50, in other words, no time for morning stretches, just enough time to get dressed, eat a bit more than half of my usual breakfast and last but not least, play tag every recess and lunchtime with four girls who I really adore, but can exhaust a teen so easily. Don’t get me wrong, I love working with children and being a teacher is one of my possible future career options, but playing tag for three times each day for four days can be too much when you haven’t played the running-and-catching game for nearly six years now, ever since gr.5. END_OF_DOCUMENT_TOKEN_TO_BE_REPLACED

Today I was looking over one of my favorite role model’s blogs, I’m Jerry Zhang. In case you guys don’t know who he is, he was the director of DECA, a youth business organization that’s really popular in Canada. I found out about it through my school’s business and DECA club which I am communications co-director for. I was lucky enough to meet Jerry last month and listen to his journey of success – he is an entrepreneur and started his own social media company at the age of 14. He talked to us about a bunch of things, including risks he took to get where he is today, the obstacles he faced on the way to his destinations and last of all, a couple of jokes which made all of us LOL. Unfortunately at the end of the meeting, I had to go home before he finished telling all of his stories, but good thing I took a flyer and jotted down a couple of notes while I was listening. As soon as I got home, I went onto his website to learn more about him, and while reading one of his blogs, one really did catch my attention for a while. END_OF_DOCUMENT_TOKEN_TO_BE_REPLACED

I was trying to think of an idea for a first blog, but completely lacked ideas so I decided to just say hello to the world of blogging! Truth is, I still can’t believe summer is already half over…I mean I haven’t been as productive as I planned to be, but I guess that’s what life can be like when you’re still a teen. Anyways, for the past two weeks I’ve been to film camp, entrepreneur camp and right now, I’m taking swimming lessons, trying to pass ultra 9 (the only thing I have trouble with is the 10lb brick that we have to carry and tread with for 2mins, but I’m really skinny) which kinda sucks, since some of my friends have already started lifeguarding. However, I really did enjoy the two camps that I went to.

At film camp, my group decided to make a video on the destruction of natural habitats and this is probably the second short film I’ve starred in! During this week, we got to learn the process of filming, operate a really tech savvy camera and play with Adobe Premiere Elements as well as Adobe Photoshop, which I don’t really use often since mines on my laptop crashed. END_OF_DOCUMENT_TOKEN_TO_BE_REPLACED 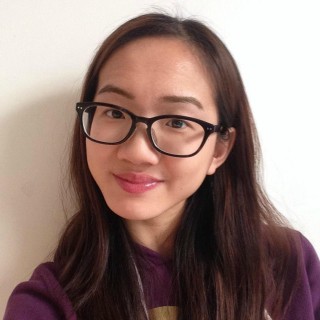 I'm a dreamer who's in her first year arts & business at the University of Waterloo. Music, dance and fashion/beauty are my life. I like reading books as well, especially the biographies of my role models. I believe in dreaming, taking risks and learning something new everyday.